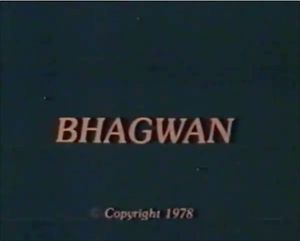 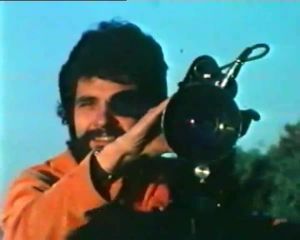 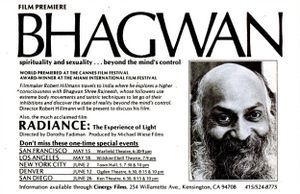 advert in the 1979 Yoga Journal

This documentary was produced and directed by Robert Hillmann (USA). It was shot in December 1975 in Poona (Pune), India and premiered at the 1978 Cannes Film Festival.

Much of the documentary shows the events on Osho’s birthday, Dec 11, 1975.

The discourse Osho gave on that day was Come Follow Me Vol 3 ~ 01. This film has the only known recording of that event: parts of the discourse are shown, and more of Osho's words are used as a voice-over.

The only known copy of the 16mm film was transferred to VHS tape in 1980 and digitally remastered in 2000. The remastered copies of the film are overlaid with German subtitles.

A description by Osho Film Festival :

The first comprehensive film document about Osho and the early years of the Ashram
What was it like to walk with Jesus in Galilee? To dance with Krishna and the Gopis? To meditate in the commune of Gautama Buddha? Many of us have wondered and imagined - but of course there never was, nor never will be, a photographic record of these world-shaking events. Today, though, things are different.
This film, made by an American director in the Shree Rajneesh Ashram, Poona, in 1975, captures events that may well in the course of time prove every bit as memorable. It is narrated, without lip-sync, and subtitled in German.
For years it was lost and, especially at the start of the film, has suffered a little damage - yet strangely this only gives a greater sense of history in the making, captured in unique and intimate footage, beginning and ending with the personal reflections of the film-maker.
In those early days, the ashram was a distinctively Indian experience. The bicycles and rickshaws of the Poona streets, the children and the buffalo, are evocatively captured, so much so that one can almost smell the myriad smells and feel the midday heat.
Many of the scenes within the ashram gates were shot on a celebration day, and here too the proceedings are very much Indian, including puja-offerings of flowers, incense and even a decorated cow as a birthday gift to Osho, with his mother and father in attendance.
The ashram, at this stage, consisted of little more than a single house.
Such a record as this can only be a revelation to those who came later.
There is the master in the midst of the dancing throng, people pushing to touch his feet, some having to be carried away, out of their senses from that most intimate contact.
The ashram musicians provide the soundtrack, together with well-chosen excerpts from a discourse on Jesus.
There are also long and fascinating sequences of the Dynamic and Kundalini meditations - it is a rare thing to be able to sit and watch these in progress, to notice the tentativeness of some, the stiffness of others, the beautiful flowing energy, or devotion, or meditativeness of others again.
There are even shots of the first experiments in group therapy. And here, too, it is very clear how small and ramshackle-intimate the commune then was, at a time when the first flood of Western Sannyasins was only just beginning to gather.
This film is an unmissable experience for anyone who has any interest at all in its subject. Nobody could miss the sense of privilege – almost like witnessing a birth - nor fail to be impressed by what has been achieved since.
The order, cleanliness and assurance was yet to come - but here is passion, intensity, discovery, ecstasy.
Take the chance and watch it - you will want to see it again and again - and let your heart be awoken anew to the real power and mystery of life with a master.

directed and photographed by
Robert Hillmann

written and edited by
Samvada

music by
Hare Chaitanya Deuter (Name is misspelled, should be Chaitanya Hari Deuter)

Available on Vimeo as "Bhagwan Shree Rajneesh, Osho - Film Document".
OIF claims to own the copyright of the film and has requested YouTube to take it down. 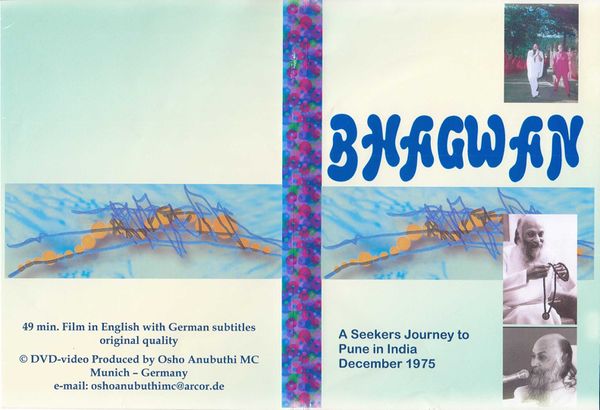 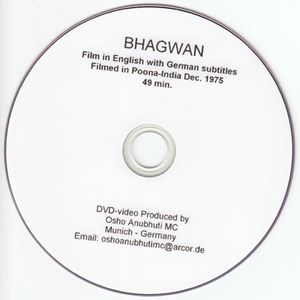