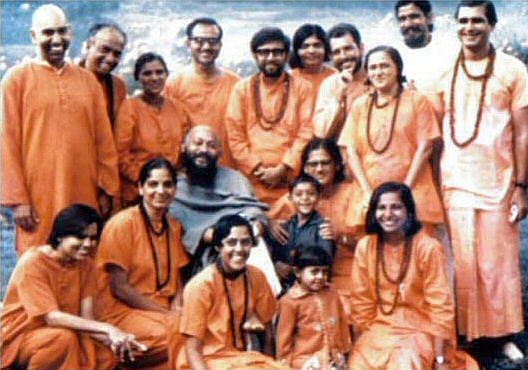 The general consensus about this sannyas event in Manali is that the number of people who took sannyas was 16. We have 17 in the picture, one of whom is probably extra, and that probably one of the kids, the one in blue, if it matters. Then we have still five missing names. There are two other lists available to fill this gap, though neither is entirely reliable. One is extracted from Gyan Bhed's book, the other has recently surfaced in the Dec 1970 issue of Jyoti Shikha (ज्योति शिखा, Indian magazine). The source for the latter is Sw Yoga Chinmaya, who was actually there, so it should be reliable, but there are issues, plus he has muddied the waters by adding the names of a few people who took sannyas immediately afterward, so his list is of 20.

Here are the lists:

Click on a date/time to view the file as it appeared at that time.

The following 10 pages link to this file: