I Just Close My Eyes

Later renamed to The Sound of Water by Sw Anand Milarepa.

This song is part of The Osho Song Book.

The story... (From the CD-booklet of In Love and Silence) 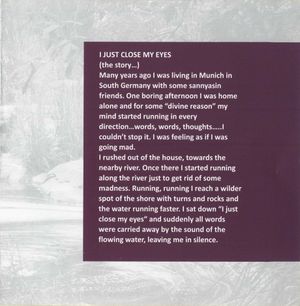 I Keep On Loving You

In Love and Silence