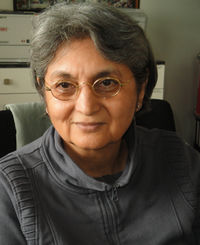 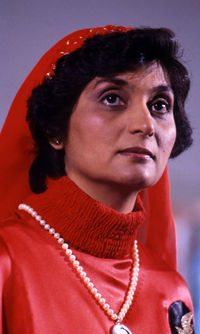 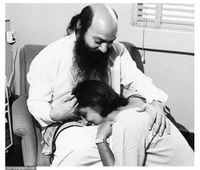 Born Dec 28, 1949 in Baroda, Gujarat, she grew up in Vododara and took sannyas in Thana, India, on Feb 11, 1973. She was Osho's secretary between 1981 and 1985. In 1985, faced with a number of criminal charges, she fled to Europe, but was arrested in West Germany and extradited to the USA, where she pleaded guilty to a few of the charges. She was sentenced to a 24-year jail term in federal prison, but was released 1988 after 29 months in jail and moved to Switzerland on Dec 13th, 1988. There she now owns two nursing homes in Maisprach und Waldenburg. Sheela became a Swiss citizen 1984 when she married Sw Dhyan Dipo.

see also
Sheela in the english Wiklipedia
Sheela in the german Wiklipedia
Guru - Bhagwan, His Secretary and His Bodyguard (2010) - self/interviewee
The City of Rajneeshpuram
Wild Wild Country (2018) - self/interviewee
A Passage to America
Sw Prem Chinmaya
Sw Prem Jayananda
Sheela (Wild Wild Country): “Now, I request all of you, good people: leave me alone” Interview at the Primera Persona festival at the Centre de Cultura Contemporània de Barcelona (11 May 2018)
‘Calling it a cult is degrading’: Wild Wild Country’s Ma Anand Sheela on her time as Bhagwan’s​ ​lieutenant (The Guardian, 2018-06-25)
Ma Anand Sheela, Meme-Worthy Star Of Netflix Docuseries ‘Wild Wild Country,’ On Why She Won’t Attend The Emmys (Deadline Hollywood, 17 Aug 2018) 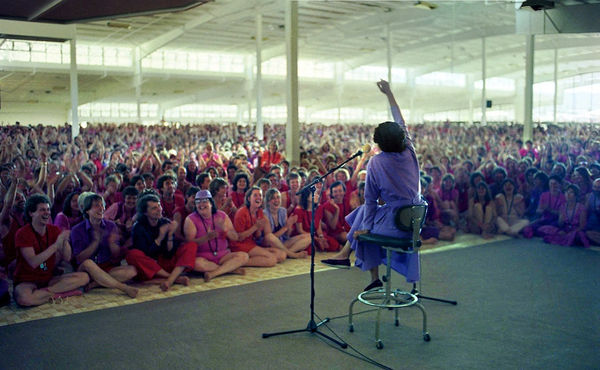 Sheela addressing the commune in Rajneeshpuram