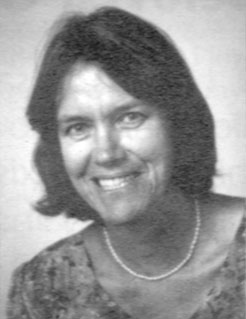 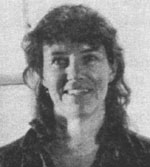 Yuthika's sannyas darshan has some of Osho's classic observations on the difficult topic of Surrender, a much-abused concept in the Sheela Regime at the Ranch:

Jill: I don't know whether I want to take sannyas or not. I'm troubled about the concept of surrender, because I feel for a long time that I've surrendered to a lot of people, and only recently I've begun to feel centred.

You must have a wrong notion about surrender, because whatsoever you have been calling surrender was not surrender. If it were surrender you would have grown tremendously. It was not surrender. You may have forced yourself into a certain obedience. You may have become dependent on people, you may have been imitating people, you may have been waiting for somebody to order you to do certain things, you may have been in a sort of a bondage, but not surrender. After bondage, one feels very centred if one becomes free. But if you know surrender, surrender is freedom.
Once somebody has known what surrender is, there is no way to go out, because surrender never takes anything from you -- it simply gives you something. It does not make you dependent -- it makes you independent. It does not take away your freedom, it does not force you to become somebody else. It simply helps you to be yourself. You must have a wrong notion, but that notion is prevalent.
Surrender, to you, may mean something like imprisonment -- as if you are defeated by somebody; as if somebody has possessed you, overpowered you, dominated you. In the West particularly, surrender has only one meaning, and that is the meaning defined by the army. When one country surrenders to another, when one army surrenders to another -- that is the only meaning that the West knows.
But here in the East we have a totally different notion about it. It is not that somebody starts dominating you. It is simply that you start trusting somebody. It is simply that you are in love with somebody and you would like to move with them. And love never destroys freedom. In fact without love, you cannot have freedom. Only love can give you wings to be free. Only love can give you the courage to be free.
You may be feeling a sort of centring because you dropped out of your so-called surrenders, but what I am trying to give you is totally different. By becoming a sannyasin, you are not becoming a slave. You are simply giving a hint that you are ready to learn, that you are ready to receive. It is just a gesture of sensitivity, of receptivity, of vulnerability; a gesture of your being open, that's all.
So if you feel, you can take the jump. But if you feel afraid, wait. It should come from you.

Jill: I feel I can take the jump.

Then take the jump. Close your eyes! You will feel more centred than ever.
This will be your name: Ma Prem Yuthika
Prem means love and yuthika means a jasmine flower; a jasmine flower of love. It is one of the most beautiful names....

She did a lot of Cranio-Sacral work and for a while in the early 90's ran Osho Times International. 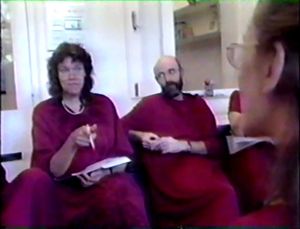 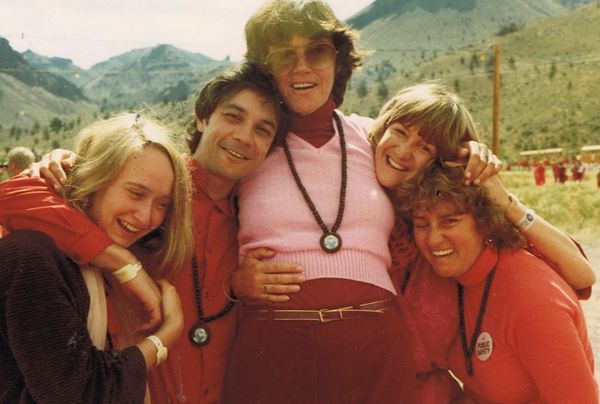