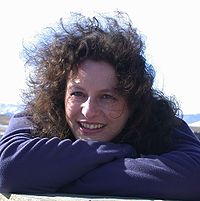 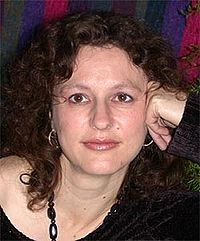 "Been meditating since I was 18 years old. Degrees in Mathematics (Bsc) and Renewable Energy (Msc). Lived in the USA (Boulder) for 15 years, and recently moved back to the UK."

Suvarna has been playing music since the age of seven, starting with classical piano and violin, choral singing and folk singing. At 18 she enjoyed a stint as fiddler in a ceilidh band playing English, Scottish and Irish folk tunes for dances.

During her twenties, Suvarna spent most of her time in Poona. As well as singing and playing with people of many different nationalities, in many different styles, Suvarna learned Indian raga singing. She became fascinated with the rich and varied intricacies of the raga system.

At this time Suvarna started to play a 5-string electric, synthesizer violin. This instrument lends itself well to improvised play with any style of music, and the synthesized sound created opportunity to experiment with different ways to play the violin.

She began to incorporate the Indian ragas (or scales) into her playing and singing, giving her improvisations an interesting East/West style. With this new instrument she played music for active meditations and experimented in creating music that would bring the participants into particular spaces: soft heart-based music, or high-energy dance music, or chaotic, wild music.