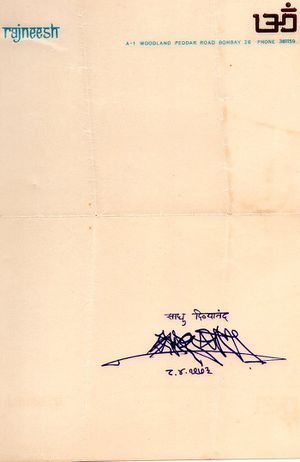 Letterhead is from Woodlands. It reads:

The logo in the upper right corner appears to be a stylized Om (ॐ). It is signed on Apr 8 1973. The name given is Sadhu Divyanand. Divyanand changed over to Sw Narottam Bharti in Pune in 1976, getting a second name paper at that time.