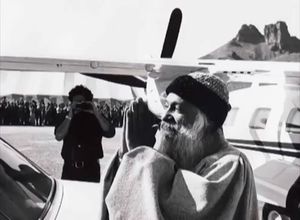 A mix of the author's Super-8 unique footage with photos, of scenes and people on the Ranch. No dates given.

Info about this video:

Mahendra Myshkin
Published on January 11, 2017
Swami Ananda Siddhartha, German meditation center leader , recorded these pictures on his visits to Rajneeshpuram.
People were living in a big community in rural Oregon that had formed around the spiritual master Osho, then called Bhagwan Shree Rajneesh.
Music by Swami Prem Bodhi and friends.

Information in the video: