This story is a big story, with many threads and involving the apparent connivance of many people. It happened at the Ranch, and in fact could only have happened there, and so of course at the center of it all is Sheela ...

The basic circumstances are:

How convenient is that? How believable is that? This page and its discussion page will explore these questions. First, our sources. How reliable might they be?

The wiki has acquired decent-quality images of the purported adoption document from 1936, below. Images of the doc were also reproduced in the Ranch's newspaper, along with the story, but of lesser quality. These images languished in boxes of photographs from the ranch, only re-appearing in Jun 2021 (story of that to come). We are pleased to present a transcription and translation of the original handwritten Gujarati here.

The central item of intrigue in this story is that the supposed adoption was kept a secret, revealed only in 1984. We'll leave for now the question of how many people were in on the secret, and follow first the public story as it unfolded.

The first the public knew any of this was Feb 3 1984, on publication of Vol 2, Issue #23 of The Rajneesh Times (USA). The paper explained that Sheela's father, Sw Swarupananda Bharti was revealing for the first time in 48 years the secret of this adoption, which -- whaddya know!?! -- would help Osho in his fight to stay in the States.

(The image of the front page can be enlarged to readable quality. There is also a text version here, which has, additionally, the continuation of the story in an inner page. Missing from the wiki's coverage of the Rajneesh Times of the day so far are three other related stories on that inner page plus the follow-up stories from the next issue (#24, Feb 10), but we're working on that.)

What does Osho say about this adoption? Here we might think we can easily get to the nub of the matter, since Osho has said so much about everything, but straightforward it is not.

The problem here is that Osho has said very little about it directly, there being only three records of his words on the subject, and one of them appears to be inauthentic. We'll get to the inauthentic one shortly but first, two relevant interviews have been found, though only the first actually mentions the purported adoption explicitly. The second adds more to what we "know" about the time Osho spent with Ambalal.

Following is the relevant part of an interview with two reporters from Der Spiegel. This interview is only the second in the newly launched series of interviews with the world's press/media. Most of these interviews have never been published except electronically in the CD-ROM. This one did make it into print, as ch 5 of The Last Testament, Vol 1. It is from 19 Jul 1985.

Twice above the two journalists from Spiegel have tried to put Osho on the hook of how coincidental and convenient this story is, making it thereby improbable. He will not be put on any hooks of course, but the point is, yes, the story is improbable, and what he has to say here, that he was unaware that he was being adopted, also undermines the words attributed to him in the questionable source, Glimpses of a Golden Childhood. More on that below in Glimpses.

Excerpts from an Interview given to Laura Parker from the Seattle Post Intelligencer. This interview also make it into print, as ch 24 of The Last Testament, Vol 1. It is from 30 Jul 1985. 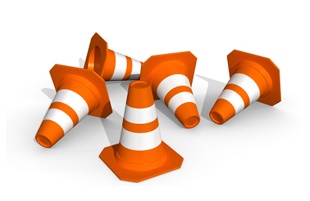 This part of the story is familiar to many: the first edition of Glimpses, his classic reminiscences of his earlier days, had a whole chapter on the adoption. In this chapter, Osho told the tale of how his father just up and left him with his new beloved "Bapuji" (Swarupananda), with whom he lived for three years (and with Swarupa / "Ba" after their marriage), only occasionally returning to his Nana and Nani in Kuchwada. He sang the praises of his adoptive parents and their daughter Sheela; these praises were laid on so thick that they were the greatest clangers in the whole chapter.

"This edition is richer. Since the original series of talks given in 1981 Osho has spoken many times of his childhood. These stories and anecdotes have now been added in an appendix to the book -- a few extra spices for this already superb banquet".

Abhinandan is saying more or less flat out, in 1991, that Sheela inserted this chapter into the first edition, that these are not Osho's words, which agrees with the assessment of many sannyasins. And post-Ranch, to expunge and denounce Sheela's deeds was very much in fashion. "In-fashion" is of course not necessarily the truth but there is enough experience-based testimony as to her perfidies in general that it is not a great leap of faith to discard this chapter as fake.

Is this chapter self-evidently fake, ie based purely on a reading without prior opinion? Many sannyasins feel so. Should the reader wish to see for herself, it has been rescued from its purgatory and can be read at The Missing Chapter 29 of Glimpses.

Osho's over-the-top supposed praise of Sheela was mentioned above as one of the chapter's greatest clangers. Another is the belittlement of his mother, a third the relative abandonment of his beloved Nana and Nani for those three years with Ambalal/Swarupananda and his new wife. Signs are abundant that this is not The Real Osho, though its authors have done well with getting the under-the-influence tone of those dental sessions right.

Other questions arise about this apparently fake chapter:

1. If it is fake, why have the other participants, Osho's dentist and doctor, not said anything about it, say after the publication of either edition?
2. It is not compatible with Osho's version in his interview (above). Could the interview be the one that is off?
3. There is much mystery swirling around Glimpses and the other "Nitrous Books", especially concerning the time when Osho gave these talks. Abhinandan above refers to talks given in 1981. The original "official" version when the three Nitrous books were published in 1985 said that these were Osho's last words before he went into an indefinite silence, ie early 1981, in Pune. Some speculation has them as late as 1984, but our best info is that Nitrous book talks ran from late 1981 into Feb or Mar of 1982, all at the Ranch. See Glimpses' Talk page for more on all this.
4. Why does this timing stuff matter? Because in all cases save the poorly documented 1984 speculation, the talks were given long before the Feb 1984 emergence of Swarupananda's announcement.
5. And so, how could the creators of that announcement be so out of tune with this chapter? For example, the adoption was supposedly a secret arrangement between Osho's father and Ambalal/Swarupananda, with even Osho out of the loop, but how could he not know if he spent those three years with them?
6. And how could the publishers of the Feb 1984 announcement think that this Glimpses ch 29 could be published and not derail Osho's residency status with its discrepancies from the announcement story?

These and other questions can be considered in more detail in the discussion page.

see also
Osho's fake will, another mysterioso document surfacing many years after its purported creation to serve a current perceived need