The City of Rajneeshpuram

From The Sannyas Wiki
(Redirected from Rajneeshpuram)
Jump to: navigation, search 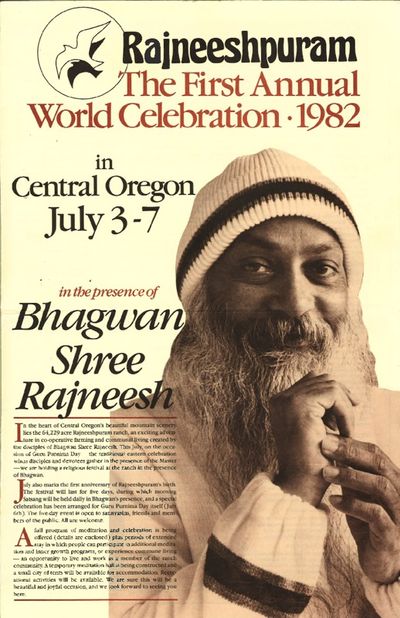 Rajneeshpuram was a city incorporated in the state of Oregon, USA between 1982 and Dec 10, 1985. Its incorporation was subject to fierce legal battles.

Outside the city limits were new check dams to guard against flash floods, a large water storage reservoir, and a sewage reclamation plant sufficient to deal with thousands of visitors during annual summerfestivals. Population has been estimated at 200-400 in the fall of 1981 and at 2,000-3,000 by 1983 and 1984, although the large numbers of short-term and long-term visitors make any estimate difficult. The first World Celebration in July 1982 brought 6,000 or 7,000 visitors. World Celebrations in 1983 and 1984 brought as many as 15,000 visitors.