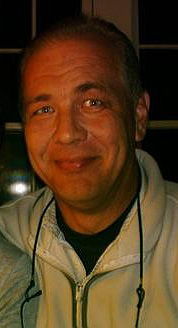 There is a Back Door to spiritual development.

It happens...It starts with the large amount of energy suddenly appearing in the physical body. I experienced it, January 1998 after a two months of reading Osho books and a strong shaktipat from Ravi Shankar (Bangalore Guru). With that energy Watcher on the Hill experiences increase in frequency and duration. Six months later those experiences were more than frequent. I went to the old Osho Ashram in Pune. That was summer 1998. In those Watcher on the Hill experiences one looses control of the physical body. My interests up to that point were zen, tao, kundalini...In the OCI I wanted to buy couple of books on those subjects.

NO, In Watcher on the Hill a book describing a life of Osho himself was bought. No Zen, No Tao. I was unhappy about it. Buying of Osho Life book happened. There is a fragment there about Osho himself in some garden experienced a large energy in his body. No memory of the title of this book. In the Watcher on the Hill, reading and rereading of the energy burst fragment was happening. The description what Osho has experienced correlated my experiences.

Osho had it in nature, I had it at a party with fellow travellers. Finaly buying of a zen book happened. It was used as a lamp stand. So many times I wanted to open the zen book...so many times I failed. Osho life was being read instead.

After two months at OCI, a Balsekar book was bought. I read it and went to Balsaker in Mumbai. Everything was fine. Balsekar was friendly, asked questions. I told him about my energy burst. Balsekar started talking. But in the watcher on the hill, I couldn't even hear his words. Balsaker finished.

I found myself saying,

THIS IS ALL SHIT.

I was quite a shy person, I would have never said such words to anybody. But saying it to a known Guru would have been totaly unthinkable to me.

Balsekar anger arose: GOOD SHIT OR BAD SHIT? shit beyond the duality of good or bad. I left Pune. .....Again I found myself in Pune two years later, summer of 2000. In the watcher on the hill one loses control of the body but gains it back....I wanted to gain it back to read Osho books on Tao. SOmething opposite has happened, instead of gaining control of my body, I totaly lost it. Thought came in Effortless Awareness. Body went to the OCI bookstore, body read Osho steps of meditation. First Buddha is a shadow, then You are the shadow - second step of Osho meditation.

For already ten years I am in the second step of Osho meditation...a website [1] was created.

The back door to the spiritual development.

For Osho sannyasins there is a message on [2]

There is also a posting on RebelliousSpirit.org under Classifieds stating that teachings have started...