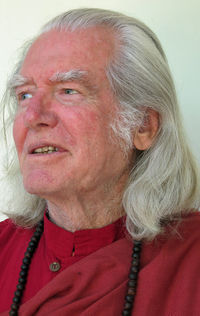 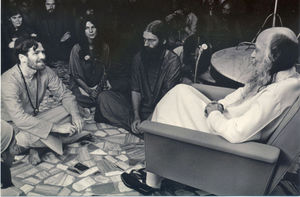 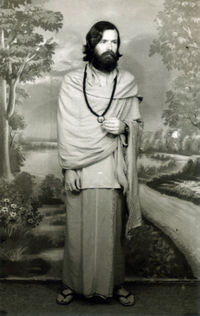 Haridas, born 1942 in Sydney, Australia, received Sannyas on Sep 6, 1977. At the time he was the Dean of the School of Humanities at Murdoch University in Perth, Australia.

Co-founder with Sw Sambodh Roman and Ma Deva Rajni of the Osho Nirmol Meditation Centre, Melbourne, in 1986.
Co-translator with Mrs Sudha Joshi of Osho’s discourses on Daya Bai, The Last Morning Star, launched in Pune on Master’s Day, 2000, and various other related works.

"Krishna’s message is celebration and redemption through celebration. He is the most celebrating person ever, the most aesthetic god. His vision of reality is not that of truth but of beauty. He is not a philosopher but a lover, and he loved tremendously." (Osho, God's Got a Thing about You, Sep 8, 1978)

Haridas is a scholar, translator and teacher. He specialises in Indonesian and Malaysian literature, and Translation Studies. He received the degrees of Doctor of Philosophy in Malay Studies from the National University of Singapore and Doctor of Creative Arts (DCA) from the University of Technology, Sydney. Besides his academic studies, he has translated extensively from Indonesian and Malay, from Vietnamese Francophone writing, and, as mentioned, co-translated from Hindi. He has also been awarded an Anugerah Pengembangan Sastra (Literature Development Award) for his translation work.

He has held the rank of Adjunct Professor of Southeast Asian Literature at Ohio University since 2002.

In 2006 he served as Visiting Professor of Translation Studies at the Faculty of Humanities, University of Indonesia.

Haridas was a Member of the Doctoral Studies Committee for the Faculty of English Linguistics and Literature, University of Social Sciences and Humanities, Ho Chi Minh City, Vietnam, and taught there in 2008 and 2009. In late 2010, he taught in the Graduate School of Gadjah Mada University, Yogyakarta, Indonesia. He is a Fellow of the Stockholm Collegium for World Literary History, Stockholm University, representing island Southeast Asia. He was President of the Australian Association for Literary Translation, 2005–2008, and is Immediate Past President of the Malaysia and Singapore Society, a regional subgroup of the Asian Studies Association of Australia.

He currently holds an Adjunct Full Professorship in the School of Languages, Cultures and Linguistics, Monash University, Melbourne, Australia.

bibliography
1994 : The Laughing Swamis
1999 : Osho Rajneesh and His Disciples
2019 : The Magic Circle: Translation and India

An extensive bibliography can be found in Google Books.

see also
Harry Aveling in the Wikipedia
Harry on facebook