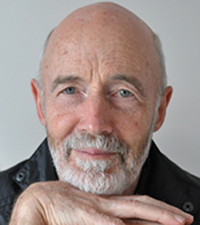 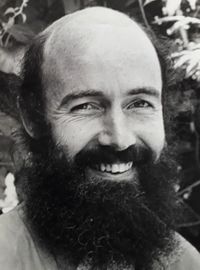 Born Oct 24, 1945, Subhuti is a former UK political reporter for the Birmingham Post who worked in the Houses of Parliament.

Beginning in 1976, Subhuti lived in Pune, working mainly in the ashram press office. During this time, he met India’s Prime Minister, Indira Gandhi, and also toured the country with the Rajneesh Theatre Group (aka Rajneesh Shakespeare Company).

In 1981, he moved to Rajneeshpuram, where he was building houses, driving trucks and founding The Rajneesh Times. He broke the news story about Osho's ever-growing collection of Rolls Royces and also met President Ronald Reagan in the White House**.

Subhuti returned to India in 1987 and lived in the ashram until 1990. He now lives mainly in Europe, but visits India every year "to pay homage to the country he loves".

see also
Subhuti interviewed on YouTube
My Dance review at Osho News
Subhuti on facebook
My Dance page on Facebook
Episode 5 - How to handle the press office of the most controversial man in history: Podcast/interview on LoveOsho
Ma Amrita Pritam