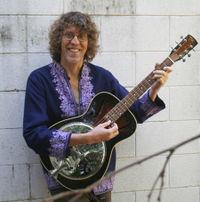 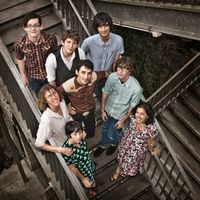 Sudhir with the members of Lion Island

Originally – and still – a poet and musician, and always an inveterate critic of all things astrological, I was trained in Astrology because of an accident of scheduling in a foreign country. (It’s a long story)

Taught an experiential form of Astrology (which allowed plenty of room for skeptics) in the red desert of Oregon in the northern summer of 1985, my life has never been the same since. My three astrology teachers were a clairvoyant part-Cherokee Indian, an American welder with some rather interesting stories to tell about the Chicago mafia, and a brilliantly funny German psychotherapist.

In the struggle with Astrology that naturally ensued after my training, I inevitably got to know the stars and star-lore rather well. I am now a syndicated Astrology Columnist. My writings can be found in various papers and magazines throughout Australia, in New York, the Phillipines and on the world wide web.

Armed with a copy of ‘The Dharma Bums’ in one hand, a bunch of Bob Dylan bootlegs in the other – and a spirit of rebellious enthusiasm in his heart, I set sail into the musical landscape of Brisbane in the early seventies. Brisbane in the early seventies was fertile ground. It gave birth to ‘The Saints’, Kev Carmody and the ‘Go-Betweens’ among others. In one short fiery phase I managed to get my home recorded songs played and praised on what were then 4ZZ and 2JJ respectively. However all this came to a spectacular grinding halt when a good friend pointed out that without a guitar in hand, my life wasn’t as full of riches and happiness as when there was. Shocked by the indisputable truth of that, I sold my beautiful steel Dobro with palm trees etched all over it – and headed off on a further quest to bring the magic of the creative spirit into the rest of my life.

Zen Calligraphy Masters put down their ink and brushes once they have their technical skills in hand, and go off into the world at large in order to learn enough about life, to give their work depth. Over the ensuing three decades since realising that my life might need a couple of extra dimensions, I have lived a wild and wonderful adventure in an effort to do just that. The musical highlight in that time was playing a cheap mandolin in a meditation and celebration band, in a big black pyramid filled with thousands of enthusiastic meditators at the Osho Meditation Resort in amazing beloved Pune India.

I have now once again picked up my guitar, banjo, mandolin, harmonica and vocal chords again.

Going back to my musical beginnings, I have recorded two sets of old songs with a whole new understanding. ‘Red Hill Songs’ and ‘Beads on a Thread’, have been lovingly recorded at home on a four-track Digital Mini-disc and been mixed and mastered on my laptop.

see also
A collection of C-sides
Lion Island on facebook