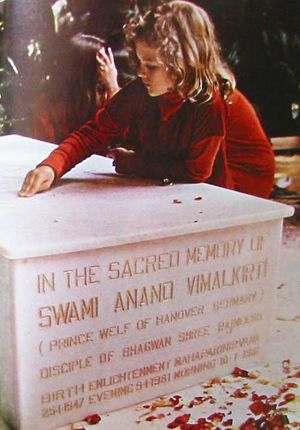 Tania Saskia at her father's grave in Pune

He was the Prince of Great Britain and Ireland, Duke of Brunswick-Lüneburg, the eldest son of Prince George William of Hanover and his wife Princess Sophie of Greece and Denmark, sister of Prince Philip, Duke of Edinburgh. Welf was a first cousin of Charles, Prince of Wales.