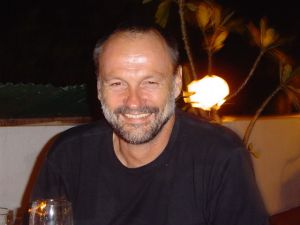 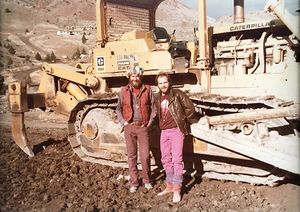 Milarepa & Mutribo in the Ranch RBG 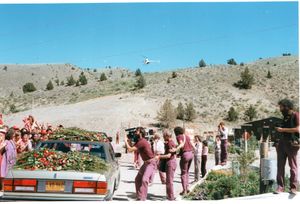 Born in 1951 of English, Scottish and American blood, Mutribo spent the early years of his life in England. Educated at Eton College and then completing a university degree in French and European Literature, he studied filmmaking for a year in London. This led to a two year stay in New York City in the mid-seventies where he had the opportunity to extend his filmmaking skills by working in most fields of film from advertising to documentaries and feature films. On his return to London, he started his own film company before his unshakeable life interest in spirituality and alternative social experiments led him in 1978 to Osho.

Over the next twelve years, Mutribo filmed the daily discourses of Osho and documented in several films the explosive growth that was happening around Osho in India, in America and later around the world. Mutribo immigrated to Australia where he started an intentional, residential community in the rainforest and a film company in the coastal town of Byron Bay.

Since then, Mutribo has travelled extensively to the Himalayas of India, Tibet, Bhutan and Nepal. In 2006, he fulfilled a life-long dream of visiting Tibet by organising his first journey to that country and walking the kora around Mount Kailash.