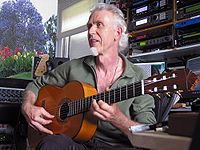 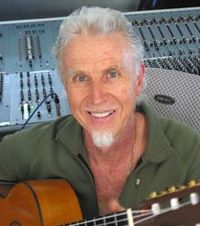 A native of Germany, Govinddas became fascinated with the guitar very early in life when he saw one in a store window and decided he wanted to play. In his teens, he played lead guitar in various bands. These experiences led to his first professional gig in a group that played original material and won a national band competition and a recording contract which allowed them to tour throughout Germany.

He spent eight years living in India. "My approach comes from the meditative and creative environment I experienced while living in India as well as playing with musicians from many different cultures and backgrounds," he says. It was there that he started playing the mandolin, mandola cello, sitar, bouzouki, charango and the 8-string ukulele. And he played them all in Music Group each night for years, accompanying Anubhava

While in India, he also established a friendship with prominent German new age artist and fellow multi-instrumentalist, Deuter. Their mutual admiration and respect led to Deuter co-producing Govi's debut album Sky High throughout which Deuter can be heard playing flutes and keyboards.

He now lives in Maui and has recorded many albums in the New Age field.