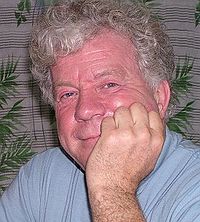 Giri was born in 1948 in Ontario, Canada, into a farming family. He learned to be at home in the urban world as well, moving fluidly between urban and rural, as he created a farm financial planning business. Along the way, he moved to BC, got married, raised three kids, came to Osho, learned to play guitar and published a songbook of some sixty Osho songs. He died in Nov. 2010 in an automobile accident, on his way as a volunteer firefighter to a rural house fire.