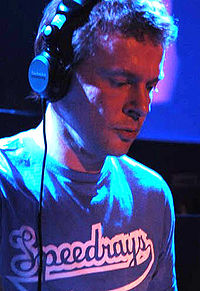 Sangeet started to play music in a Sannyas disco 1985 in Stuttgart. After moving to Berlin and playing in clubs there all-around he soon got infected with the acid virus, when acidhouse started to take place in 1987/88. After travelling to Goa and Poona in 1988 it got even more wilder. Sangeet and some of his friends started to throw parties in the legendary Ufo Club. In the early 90`s more parties were run in Berlin in "Turbine" with ilustrous guests like "Der Dritte Raum" and "Tsuyoshi" to name a few. 1995 he moved to Hamburg where he became part of the Spirit Zone family. From this time he deejayed wordwide and inspired the crowds with his playful and powerful sound. The Mushroom Magazin considers Sangeet as one of the most influental DJs in the international trance scene . Studio-owner since 1998 with about 100 releases on more then 150 albums, compilations and Vinyls.