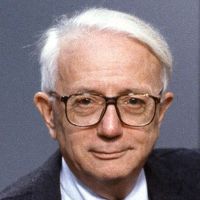 He began his career as a journalist in Bologna. In 1952 he worked on the screenplay of the historical film Red Shirts. In 1953 he became the editor-in-chief of Epoca magazine.[1]

Active in journalism for six decades and author of some eighty books, Sarjano won numerous awards, among which were the 1979 Saint Vincent prize and the 1985 Ischia International Journalism Award. In 1987, he won the Premio Bancarella for his book Il boss è solo, interviewing former Sicilian Mafia boss Tommaso Buscetta, who had turned pentito (state witness). He worked on the Italian national TV channel Rai Uno until 2001.

On Apr 22, 2007, 86-year-old Enzo Biagi made his TV comeback on the RAI with RT - Rotocalco Televisivo, a current affairs show which is broadcast on Rai Tre.

Until shortly before his death he was also a columnist for the daily Italian newspaper Corriere della Sera, which he had worked for since the early 1970s.