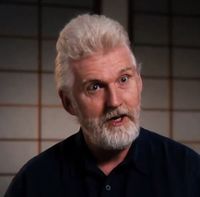 Shiva in Guru - Bhagwan, His Secretary and His Bodyguard 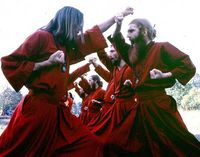 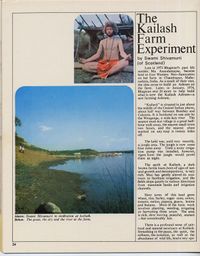 "Shiva" was for many years a photographer in Darshan in Poona One, as well as being a guard. He can be seen in many pictures in Darshan Diaries.

When the ranch era came, he was suddenly not at the center of it all, and he left not long after to write what was the first "insider exposé" of life with Osho, Bhagwan: The God That Failed (1987). After that he was the most prominent narrator in the films Bhagwan Shree Rajneesh - The Man Who Was God (1989) and Guru - Bhagwan, His Secretary and His Bodyguard (2010), both painting a picture of Osho devoid of spirituality, rather as a power- and sex-obsessed con man.

The blurb for The Heart of Listening says: "Hugh Milne is a third-generation Scottish osteopath. He spends most of professional time teaching Visionary Craniosacral® work in Germany, Italy, Japan, the United States, and Switzerland. He was born in 1948 and received his professional training at the British College of Naturopathy and Osteopathy in London. Repeated and startling clairvoyant revelations before and after graduation led to a determination to learn more about working with the inner eye. This search for higher teachings took him to India, where he lived for seven years. Hugh spent the last fifteen years developing his teaching work. He lives in Big Sur, California, where he is the director of the Milne Institute."

filmography
Bhagwan Shree Rajneesh - The Man Who Was God (1989)
Guru - Bhagwan, His Secretary and His Bodyguard (2010)
The Milne Institute YouTube channel