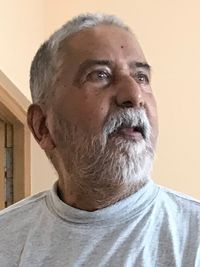 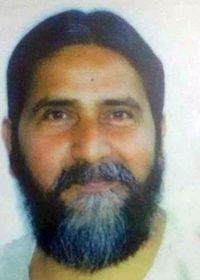 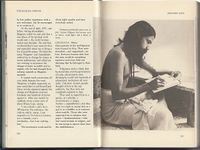 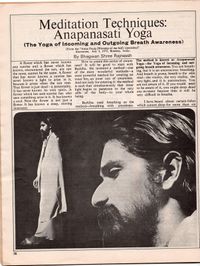 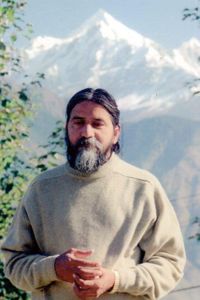 Chinmaya was already ordained as an old-style serious sannyasin (aka above) when he met Osho in 1966. He was among the first group to take sannyas from Osho in Manali in 1970 (image at right, click for larger plus details). For three years in Mumbai he was Osho's secretary, sharing that role with Ma Yoga Laxmi and was in charge of Osho's Hindi publications, editing many of his books.

Laherubhai tells a story in his memoir Blessed Moments with Osho about how Chinmaya came to be Osho's secretary. He says that when Osho first moved to Mumbai and was staying in CCI Chambers, he told Osho that he couldn't be with him 24 hours a day but he thought one or two people should be always available to carry out his instructions and take care of him. Osho said that was a good idea and asked him to suggest someone. Laheru writes: "The names of Laxmi and Chinmayji came out of my mouth and Osho immediately agreed to it. From then on Laxmi and Chinmayji were working with total dedication as his personal secretaries. At that time, I had felt that Osho had made me say those two names because it was his wish".

In 1971, Osho asked Chinmaya to find him a new name to replace "Acharya," which he did, settling on "Bhagwan" after numerous names which didn't work. In Pune One he received many blessings, aka zen sticks, from Osho for his "serious" and "esoteric" questions. A multi-page interview given by him in The Buddha Disease can be read as page scans starting with the two pages on the right.

When Osho went to Oregon, Chinmaya set up an ashram in Nepal but rejoined Osho in Pune Two until he left in 1989 for Bageshwar in the Indian Himalayas just west of Nepal, where he has had an ashram for many years. His role as a spiritual teacher was said to be low-key and low-profile.