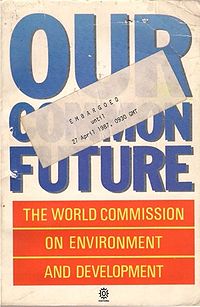 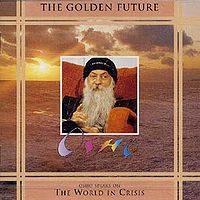 Yoga, father of six children with three grandchildren began his meditation practise in 1967 under the direction of Venerable Swami Sariputra at the Kong Meng San Phor Kark See Monastery, a Mahayana Buddhist temple in Singapore.

After returning to England in 1969 Yoga attended the first of the summer gatherings at Brockwood Park with J Krishnamurti. At this time he was inspired by the work of Buckminster Fuller who challenged us with a bold vision: “To make the world work for 100% of humanity” and started a career in computers. In the 1970’s Yoga joined IBM and after a successful few years of mainframe sales in the City of London was privileged to work in Scientific Programs on Sustainable Development a foundational aspect of the IBM “Smarter Planet” initiative. In 1989 Yoga received the IBM Chairman’s Award for Exceptional Achievement.

In the 80’s Yoga had studied with the Dalai Lama at Tzong Khapa Institute, Pomia, Italy, and visited Manjushri, Ulverston, home to the largest Buddhist community in the UK. Yoga attended a course at CAT, Wales that was leading the world in increasing awareness of the environmental and social issues related to Sustainable Development.

On 15 January 1982 he became an Osho sannyasin and was blessed with the name Sw Yoga Christopher. The same year he sat in silence with Osho for the first time at the First World Celebration in USA. On 19 January 1990, on the way back to London after running an IBM training programme for UNEP in Niarobi, Africa, Yoga and his eldest daughter Zoe arrived in Poona the day Osho left his body so they were able to fully participate in the celebrations.

In 1985 Yoga was honoured to drive a group of monks from Manjushri to Amaravati Buddhist Monastery, Hemel Hempstead where the Abbot Ajahn Sumedho used to talk at length about "The Sound of Silence”. This trip was to enable the monks from both monasteries to attend the opening ceremony of The London Peace Pagoda in Battersea Park, London. During a 90’s trip to Scotland Yoga visited Samye Ling, Europe's oldest Tibetan Buddhist Monastery and Findhorn a spiritual community that is one of the largest Communes in UK. Since 2005 Yoga enjoys a weekly Hindu group meditation and Satsang with mantra chanting at the Sivananda Yoga Vedanta Centre, London and started his own Wellbeing Meditation Group in 2011.

A great sannyasin friend, Pagalo died in 2008 and this event led to Yoga legally changing his name in 2009 to Yoga Christopher John Bowers and being addressed as Yoga.

On Monday, 2 April 2012 experts and representatives from all sectors of society gathered at the United Nations, for a landmark day-long conference and two subsequent days of working groups on “Happiness and Wellbeing; Defining a New Economic Paradigm,” hosted by the Royal Government of Bhutan. The landmark gathering addressed next steps towards realizing the vision of a new development paradigm that replaces the present narrow system based on GDP (Gross Domestic Product) with a “Gross National Happiness” (GNH) model. This is an important event as it integrates Sustainable Development and Wellbeing with Meditation, a process that has taken 25 years from the launch of the 1987 United Nations Report from the World Commission on Environment and Development, "Our Common Future" also known as the Brundtland Report. Yoga presented a copy to Osho who responded with a series of discourses and His book called "The Greatest Challenge: the Golden Future" that addressed the intelligent people of this threatened planet. This book presents another facet of the Osho vision, a proposal for a viable humanity; a diagnosis of the psychological and social sicknesses that divide human beings, within and without, into warring factions. It outlines the critical steps required if there is to be any future – let alone the golden future that lies within our grasp.

Bhutan is a tiny, poor, once-isolated Himalayan nation well into the process of moving from monarchy to democracy and opening to the world. Recognizing problems attending a growth-driven economic sprint in other developing countries, in the early 1970’s King Jigme Singye Wangchuck decided to make his nation’s priority not its G.D.P. but its G.N.H., or gross national happiness. The goal ever since has been a mix of economic and social progress shaped to sustain cultural and environmental assets. In 2005 several dozen Bhutanese leaders, scholars and other citizens, attending a conference in Nova Scotia, described efforts to move from happiness as a concept to a set of policies to expand the concept of Sustainable Development. Please see the Wellbeing Meditation Directory for details and links.

Meditation comes of age! Ohio Congressman Tim Ryan's book "A Mindful Nation"[1] and Google’s book on Meditation "Search Inside Yourself"[2] shows how far meditation has travelled with the recognition of its potential for every sector of our society - from education to defense to health care to environmental stewardship.