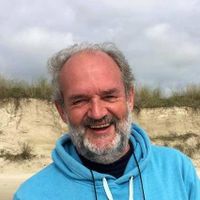 Dorje graduated as a medical doctor and worked as such until 1996.
He attended various trainings in the field of alternative medicine. For example the training for Reichian therapist at BodyMind Integration, Psychodrama at Lex Mulder, Sexual Grounding at Willem Poppeliers and Family Constellations at Ottoline Lamet. From '94 he worked as a body-oriented therapist.
Dorje has been working with his wife since 2011 with the "Desire" method. It is based on the theory of Identity-oriented Psychotraumatology, a method that is still being developed by Dr Franz Ruppert and based on attachment and trauma theories. He also works with various meditation techniques and his own experiences.
He is no longer affiliated with a professional association and works as a coach.