Alternative Interpretations of the Pune One logo

An offering from Sw Anand Nirguna

The symbol is on any book of Poona 1 times.

The three and the nine are between the center and the circle. They are symbols of a growing consciousness. There are infinite examples for the symbol of three. Not necessary, to run after them all. The root of them all is that three is a symbol of creation. If there is nothing and something starts growing out of nothing this growing is symbolized by the number three. This becomes clearer if one looks at the step in between, at the number of duality, two. But three is the process of creation. Three is a symbol of growth. It may be growth in a basic material sense. It also is growth in a spiritual sense. The point symbolizes the master, the center. Three symbolizes the disciples around the master and their spiritual growth. 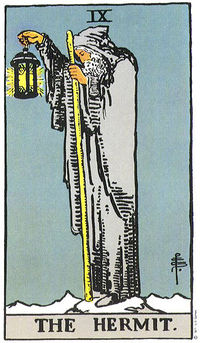 This leads us to nine.

In the Tarot you find "The Hermit" for number nine. The Hermit follows his own light. That is the whole work of the master: to lead the disciple to his own light so that he can follow his own light, his own wisdom. The work of the master is done. Then the circle, the infinite, is within the reach of the disciple. As is his center. Nine is a symbol of wisdom. Socrates says "I know that I know nothing". That is wisdom. He knew a lot. But he goes beyond that knowing into the realm of mystery. That is wisdom. That is seeing. That is light. Or like Osho calls it "philosia", which means the love of seeing, darshan. "Darshan" means "to see". In the number nine you find "darshan", seeing, wisdom, inner light.

The symbol of the time of Poona one that Osho choose is very beautiful and worth to remember. It has a very deep meaning. Love Nirguna

A Hindi source for the Pune One logo?

It was written on the article page that Osho's concept for the Pune One logo, may have a source in a saying of Kabir. I could not verify this searching in Roman characters but came up with some possibilities in Devanagari. I searched for "एक से तीन, तीन से नौ" (ek se teen, teen se nau, from one to three, from three to nine), the core of the putative Kabir text. The English translations provided are from G**gle Translate and range from almost useless to sort of literal, but none very idiomatic. Results are copy-pasted without alteration. First result is Osho's words from Suno Bhai Sadho, ch 11:

Throwing Kabir (कबीर) into the search terms got me those same two pages plus something from Nav Bharat Times, coincidentally the paper Osho worked at in Jabalpur. Unfortunately, something on that page wouldn't let me copy text. It did say one to three, three to nine, nine to 81 and then said something about "this formula", but i couldn't make it out. Other than that, it didn't look so promising, and Kabir was only mentioned quite a way before this passage. Here is the url if anyone wants to have a go at it. And fwiw, a Krishna-oriented site which did not mention Kabir or Osho also went the whole way with this number-thing, just like Osho in Geeta Darshan and Nav Bharat Times: