(Jane Stork aka Catherine Jane Paul Elsea aka "Shanti B") 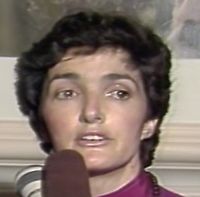 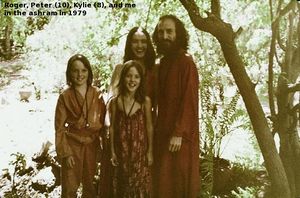 Bhadra, born 1945 in Perth, Western Australia, took Sannyas 1977 and moved to Poona 1978. During her time in Rajneeshpuram she served as Vice President of Rajneesh Medical Corporation and as Treasurer of Rajneesh Foundation International until she resigned Sep 13, 1985.

After fleeing the USA she was arrested Oct 28, 1985 in Hausern, West Germany. Bhadra was sentenced Jul 22, 1986 in the U.S. District Court in Portland after pleading guilty to the attempted murder of Sw Devaraj and served three years in prison at Pleasanton.

After her release, the Federal Bureau of Investigation (FBI) uncovered the plot to assassinate United States Attorney for Oregon Charles Turner, but Stork had already fled to Germany. She was indicted by a federal grand jury in 1990. In 1991, the German government refused to extradite Bhadra back to the United States. In June 1991, U.S. prosecutors filed affidavits in the murder conspiracy case with the Oberlandesgericht Karlsruhe, Germany, as part of an attempt to extradite Bhadra from Germany to the U.S. In February 2006, Bhadra became the last perpetrator sentenced in the assassination plot against Turner, after ten months of negotiations with Oregon prosecutors. Bhadra offered to turn herself in and return to the United States after learning of her son's terminal brain tumor. Prior to sentencing, the court allowed her to travel to Australia to visit her son. In addition to charges of conspiracy to commit murder, Bhadra also pleaded guilty to the purchase of weapons in violation of federal firearms law. An Oregon judge sentenced her to five years probation, and three months time already served in a German jail during the extradition dispute with the United States.